Kodi is getting popular every day as it’s being the best open source media streaming player. It holds thousands of Videos, Movies, etc. Just imagine how about watching them on your Android TV?. Yes, in this article, I am going to show you How to Install Kodi on Smart TV (LG, Samsung, Panasonic, or Sony).

If you own an Android device, you would have probably seen the app named “Kodi” in the Google Play Store. Well, for now, Kodi is the most popular open source home theatre in the market.

I agree with the fact that many other such apps come with similar features, but Kodi is the only app that lives up to user’s expectations. The reason why Kodi is so popular is that it offers loads of content such as movies, videos, music, etc.

All of that for free of cost, you don’t need to pay anything (Sometimes you may have to pay). Isn’t that amazing? How about getting Kodi for Smart Tv? You will be able to watch all the shows on the big screen which indeed is more impressive rather than watching it on a smartphone. So, we’ll be elaborating the ways to get Kodi on Smart Tv.

It doesn’t matter which brand Smart Tv you own, we’ve got everything covered for you in this article. With the help of Kodi Smart Tv app, you will be able to get Kodi on Sony as it comes with Android OS by default.

It wouldn’t take much effort to fully setup Kodi on Smart Tv; it’s just a matter of few minutes. So, without any further, let’s jump on the core topic on how to download Kodi on Smart Tv for all brands such as LG, Samsung, Sony, LeEco, etc.

Why is Kodi for Smart Tv So Popular?

As I stated earlier, Kodi is an open source project that comes with an ecosystem of add-ons. Any third party company or developers can develop add-ons for Kodi and provide their services to the users. Today, we have tons of add-ons available for Kodi in the store.

In the entertainment field itself, you would find hundreds of add-ons that regularly provide entertainment content to the users. All you got to do is just download those add-ons on your Kodi app, and you will be able to get yourself the access to the world of unlimited entertainment.

That’s the main reason behind the enormous popularity of Kodi. Unlike other apps, Kodi features a neat and easy to understand theme that makes the user fall in love with its interface.

Hope all this is enough for you to understand why Kodi is so popular in the market these days. Now let’s move on to the core topic.

How to Install Kodi on Smart Tv (Any Android TV)

There’s no big deal in getting Kodi on your Smart Tv; it just takes a couple of seconds to get the stuff done. In case, if you are struggling with the process, then here are the steps that you need to follow in order to get Kodi app on your Smart Tv. 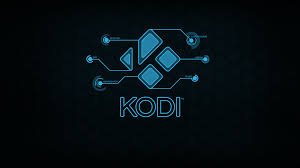 Note: You will only be able to get Kodi on any Android based Smart Tv using this method. In case, if your Smart Tv doesn’t run on Android and is based on some other Operating system, then stick with the article till the end. Hope this guide helps you in getting Kodi app installed on your smart Tv.

How to Install Kodi on Samsung Smart Tv? (Kodi for Tizen OS) 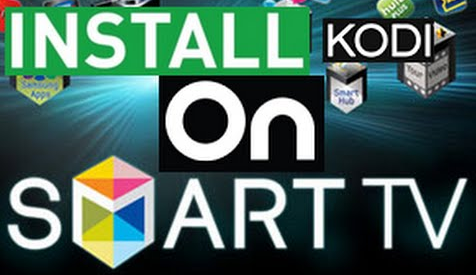 Some Smart TVs may come with Android OS, but mostly Samsung Smart Tv features Tizen OS. So, in case if you own a Tizen based Samsung Smart Tv, then, unfortunately, you cannot install Kodi on it.

As of now, Kodi doesn’t officially support Tizen Operating system. And therefore you cannot install it on your Samsung Smart Tv. If you still want to get Kodi, then the only way to do it is by getting an Android player such as Nvidia Shield.

We don’t have any word from the Kodi development team regarding this, and there seems to be no sign of Kodi coming to Tizen anytime soon.

How to Install Kodi on LG? (Kodi for WebOS)

LG is another well-known brand in the Smart Tv industry. It’s great if you own an LG brand smart Tv, but you have to stay with their WebOS which is entirely different from Android.

Kodi doesn’t support WebOS and Kodi cannot be installed on WebOS. Well, Android and WebOS both are based on Linux system. But despite being based on the same system, Kodi is compatible only with Android. You can install it on any smart Tv that is running on Android irrespective of the brand.

Well, a lot of Kodi fans asked the development team regarding the support of Kodi on WebOS, but the team apparently refused the request.

The team clearly stated that whole Kodi needs to be rewritten in order to be able to run on WebOS and they don’t want to do it.

So, for now, you have to live with your LG smart Tv without the Kodi app.

However, you can install on Kodi on your smartphone and mirror the screen to your Smart Tv.

This method requires good internet connectivity and a screen mirroring app. Once you connect both your Android device and smart Tv, just play any video or movie on your device, and it will be mirrored to your Smart Tv. This way you can enjoy Kodi on LG Smart Tv

As of now, you can get Kodi on Android tv (only) irrespective of the brand it belongs to. Let’s wait till the official Kodi release for TVs running on WebOS, Tizen OS, etc. Share this guide with your friends who use Android TV at their home and let them watch some stuff. Comment down if you have any issues with this guide, thank you.