Have you ever tried using dual apps on Android?, don’t panic, I am going to show you few wonderful ways that helps.

Almost all the smartphones in the market nowadays are coming with dual sim capability that lets you insert two different SIM cards on a single device. At a certain point, you might have felt the need of having multiple accounts on a single platform such as Dual Facebook Accounts, Dual WhatsApp Accounts, etc.

Dual Apps on Android works pretty fine for running one or two more instances of an app. A lot of you might have come across various guides on how to run multiple accounts one single android. But, have you ever wondered how these dual apps on android works?

Running multiple accounts on any game or app at the same time on a single device is simply awesome, Isn’t it? The way these apps works is even more exciting. If your curiosity is going out of control, then it’s the best time for you to know the mechanism of the dual apps.

Today, in this article, we’ll make you understand the way dual apps on android works. So, let’s hop into it right away without wasting any further time.

Behind the Scenes of Dual Apps for Android

If you are not familiar with android and stuff like that, you may feel a bit complicated to read from now onwards. However, I’ll try my best to keep it as simple as possible and short as well. 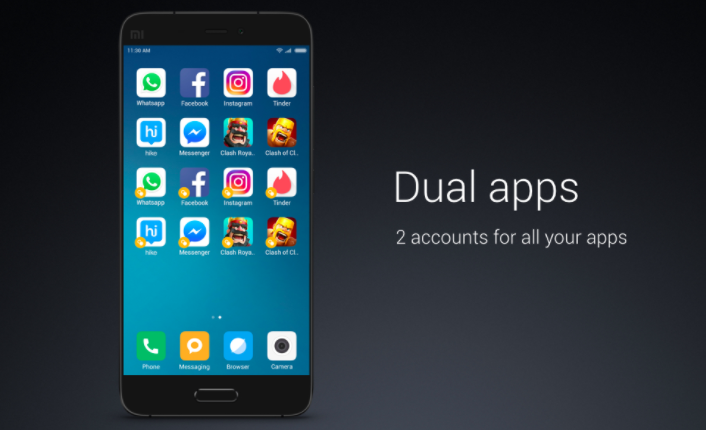 All these third party dual apps like Parallel Space and App Cloner acts as a container for Android devices, they create an isolated environment that allows any app or game to run inside. Parallel Space (Container app) may request permissions from your device depending on the requirement of the apps that you are running inside.

If you wish to run an app (Inside the container) that requires permission to read your “Call Logs“. Then Parallel Space will automatically start requesting permission from the user, once the user grants permission, then only the app will work.

Let’s take a simple example of this to understand it in a more better way. Let’s assume you want to use “TrueCaller” app inside the Parallel Space. As you know, TrueCaller requires various permissions such Access To Messages, Call Logs Accessibility, Network Usage allowance etc.

So, without having these features, TrueCaller will not be able to serve its purpose. Once you grant all the necessary permissions, the app will start functioning inside the parallel space.

So, what you are doing here is basically running the apps on an emulator created by Parallel Space. Using apps inside the isolated environment will do no harm or will have no effects on your main account or device.

So, it’s completely safe to use parallel space on any android device as long as your intentions are ethical. On a short note, it just adds a virtual memory or a virtual user on your Android device. I hope you have understood the mechanism of Dual Apps for Android by now.

The Best Dual Apps for Android 2018

Well, there are quite a good number of dual apps for Android devices in Google Play Store. Almost all of these apps claim themselves to be the best App Cloners.

But in reality, only a handful amount of apps live up to their claims. If you would like to try out a best dual app for Android, then below are a few working and best apps from Google Play Store. 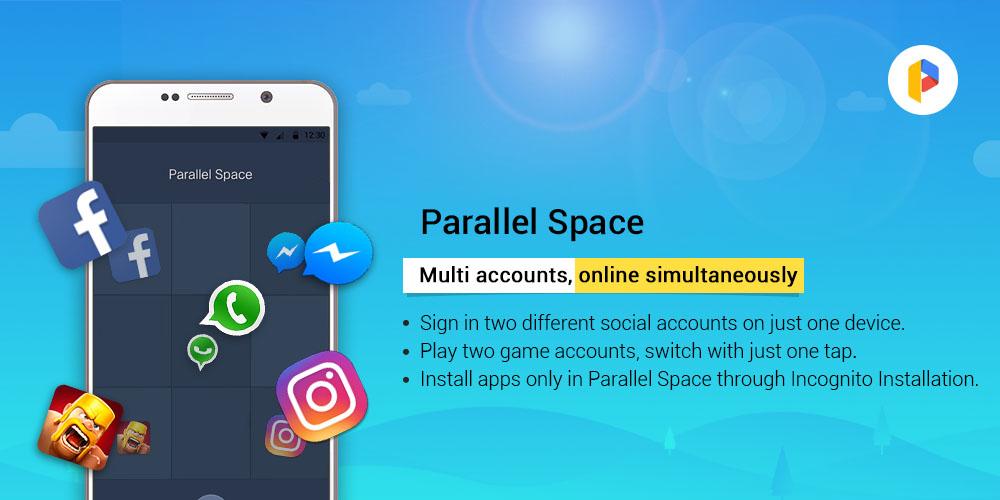 This is the best dual app for Android out of the others hands down. Parallel Space is a feature rich dual app for android that is available for free of cost in Google Play Store. You can easily clone any app or game and run it in Parallel Space without affecting your main account.

Parallel Space does not consume much resources and battery life of your device, it’s actually a lightweight app. However, the apps you run inside the parallel space may consume resources in a drastic proportion.

Parallel Space is capable of running multiple instances on any online game without having the effects on each other’s experience. Do give it a try, it has been rated as the top dual space app for android. 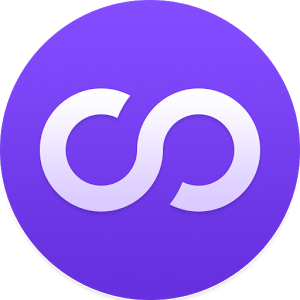 2Accounts is specially developed for allowing the users to login into multiple gaming accounts or social network accounts. It performs quite similar to Parallel Space, you can easily login multiple accounts of any network with ease.

The UI of 2Accounts is actually a bit smoother compared to Parallel Space. But the app seems to struggle while running any heavy apps such as dynamic games.

Nonetheless, you wouldn’t regret having 2Accounts on your device. Just go ahead, and download it for free from Google Play Store. It’s been positively rated on Google Play Store by a lot of users all over the world.

Check out the trick to use Multiple Snapchat Accounts on iPhone or iPad running iOS 11/10/9. Surprisingly, this method won’t require any of the apps mentioned above.

How to Use Dual Apps on Xiaomi Smartphones

If you are using any Xiaomi devices, then you don’t need to install any third party apps to multiple accounts at the same time. It’s because the MIUI 8 version provides this as an inbuilt feature to their users.

Once you open Second Space, just add your desired app or game to proceed further. After adding, just tap on the cloned app to start using it as your secondary. Not only just Xiaomi, other smartphone manufacturers such as Lenovo have also started implementing this feature in their devices.

If you don’t own any of Xiaomi devices, just install the above mentioned third party apps to run multiple accounts of any app or game simultaneously.

Try out the Xiaomi MIUI 9 Launcher on your Android if you own a smartphone that is not a Xiaomi device.

I was searching a wonderful method to get Dual Apps for Android about a month ago. Finally, I came to know there are apps and tweaks that can run multiple apps on a single Android device. That is what I have tried mentioning on this article. Share this article with your friends if you love the tweaks, thank you so much.