So, I’m assuming that you have already used the Lucky Patcher app and familiar with its functionalities. Since you have used the app, most probably you’d know it’s limitations as well. Anyways, I don’t want to make it deep and keep it to the point of this article. If you are looking for apps like Lucky Patcher that come with no limitations and works even better, then you’ve come to the right place. Today in this article, we’re going to introduce you to the best apps like Luck Patcher.

Using the alternatives provided below, you can get premium features of any app and game for free. It will save your money and time as well.

In fact, Lucky Patcher may not help you all the time and of course, there are few apps and games it does not support. In such cases, you need an alternative app and here is a list of Top 10 Lucky Patcher Alternatives. Installing these apps on your Android is quite simple and you may get the IPA file of the app and use Cydia Impactor to Sideload iOS Apps. 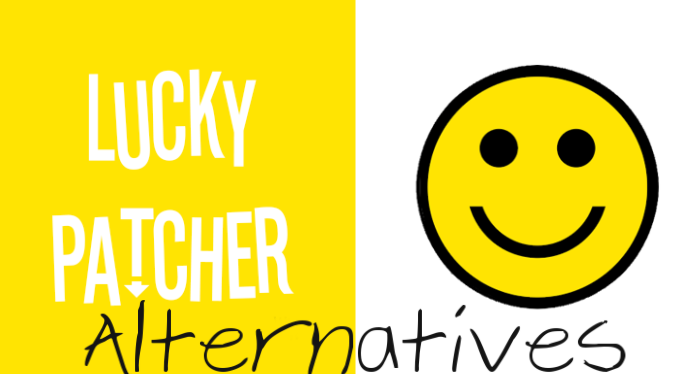 Freedom app is one of the most popular and downloaded apps in this field. The app is considered as one of the best apps like lucky patcher for Android devices. Its functionalities are quite similar to the Lucky Patcher app. You can quickly increase the points, score, resources of any game with the help of Freedom app. Unlike other apps, it features a simple and clean interface which anyone can understand. It’s a great lucky patcher alternative in my opinion which works flawlessly.

AppSara is actually a new app that can hack in game purchases of any game or app from Google Play Store. The app can help you in unlocking the stuff of any offline game within seconds. Appsara is not only limited to Android devices, but it’s also available for iOS devices as well. AppSara is considered as one of the finest apps like lucky patcher for iOS by many. It can work very well even if your device does not have root access. The app has given enough reasons to rank it on the second spot on this list.

Here comes another advanced cracking app for iOS devices. With the help of IAP cracker, you can play with the in-app purchases of any offline game or app. IAP cracker can modify the files of any app or game in order to get you what you want. IAP Cracker is easy to use app and totally deserves to be on the third spot on this list. Well, your device needs to be jailbroken in order to make this app work.

Leo Play card is a stand alone app in the field of hacking/cracking apps. It can be said or considered as Lucky Patcher Killer. It provides tons of additional features, the app works in real time and be used to hack almost all the games that are available in the market. The bypass system of this app is simply impressive. You won’t loose your authenticity after using this app for cracking the in-app purchases of games or apps. Don’t hesitate, just download the app and enjoy hacking into games.

IAP Free is another popular application on this list. Unlocking premium features of apps, increasing score points of any game can be seamlessly done using IAP free app. The app simply bypasses the payment step which you would need to go through in order to make a purchase in any app. It’s simple and works with most of the games as well as apps. Give it a try, I’m sure you won’t be disappointed with the app.

SB Game Hacker is a great app for cracking in-app purchases on Android phones. It is the easiest tool that lets you hack into the apps and modify its files. The app is made compatible with almost all the games that are available in Google Play Store. Like other apps, SB Game Hacker does not work with games that require an internet connection to play. It will only work if your Android device has the root access. SB Game Hacker is another great and one of the coolest apps like lucky patcher for Android devices.

Well, I know the name of this app sounds a bit creepy, but the features are impressive. CreeHack is capable of removing all the limitations and restrictions of the apps. You can enjoy all the premium features of any app using this great hacking tool CreeHack. It’s a perfect tool for Android devices for unlocking score, points of games. The developers of this app are very active in releasing the updates which is a good thing.

If you are new in this field and willing to try out such apps, then here’s a cool app for you to kick start. Game Killer is one of the easiest and finest apps available in the market for hacking into apps or games. After installing the app, it prompts you with the tutorials that will help you in cracking the games or apps. It requires root access in order to work. One of the best things about is that it can lock your game’s progress to a particular level or state. It also features the memory modification functionality which most of the apps doesn’t have.

GameCih is downloaded by thousands of people around the world and has given positive ratings to it. It is the safest way to hack into the files of any game or app for modification. You can easily modify the edges of any game within a blink of an eye. It’s really fast and smooth in handing the things and totally worth trying out. GameCih makes sure that you won’t loose your license or authenticity of the app.  Don’t worry about getting blocked, just use the app without any fear.

The name itself says enough about it. Cheat Engine is an open source hacking app for Android devices that comes with great features. The Cheat Engine is created by dark byte developers, it has gained a lot of popularity in a short span of time. You can use this app for doing stuff like changing weapons, skins etc in a game. If you are a developer or have enough knowledge about this app, then you can create your own modifications to meet your requirements.

So, those are the best apps to Hack In-Game Purchases on your Android or iOS devices. You will be able to skip the payment page using these apps or at least you can get free paid apps without purchasing. So, you don’t need to waste your time and money anymore. As it’s not a right thing, I recommend you use these apps only to test before purchasing the official app. Thank you so much for reading.