Tired of trying to record your iPhone or iPad screen?.

I can feel that pain as I was also struggling for that. Screen Recording facility is not available by default in iOS devices running iOS 10 or earlier. Moreover, you will not get iPhone Screen Recording Apps either from iTunes or App Store. BB Rec Screen Recorder will help you record the screen of your iPhone or iPad without jailbreaking.

If you are running iOS 11 or any other child versions of iOS 11, you are on the safe side; you get iOS 11 screen recording feature by default.

QuickTime Player method works like a charm only if you a MacBook Air or MacBook Pro or iMac. But, it is not that simple to have a Mac, along with the iPhone or iPad.

In General, iOS users cannot install third-party apps even if you can find any screen recorder app. Jailbroken devices will allow you do so but jailbreaking is not at all recommended. 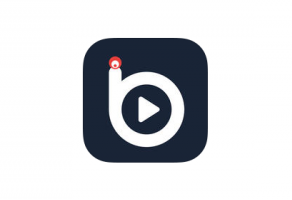 You are going to Record your iPhone Screen Using BB Rec Screen Recorder without Jailbreaking.

Today, I am going to show you a Step-By-Step Guide to Install BB Rec Screen Recorder for iPhone or iPad without jailbreaking. Follow the simple guidelines provided below.

BB Rec Screen Recorder for iPhone or iPad will not ask for a computer to accomplish the task. More importantly, you do not need to jailbreak your iOS device.

Do not worry if this app does not work on your iOS device; I have few alternative apps for you. By the way, follow the guidelines that work for you.

Don’t keep any doubts in your mind regarding jailbreaking; you don’t need to jailbreak your device at all.

The app supports various iOS devices. They can be iPhone 4s, 5s/5c, and iPhone 6s, 7s Plus, iPhone 8s, iPhone 8s Plus, iPhone X, etc. Coming to iPad, it supports all models of iPads like iPad Mini, iPad Air 2.

Moreover, All latest versions of the iOS operating system will support the app. You will be able to download and install the application on iOS 11.2.5, iOS 11.1.1, iOS 10.3.3, iOS 9, iOS 8 and earlier versions.

It will be super awesome if you can go through the features of this app. Why because you will gain complete knowledge along with just recording the screen of your iOS device.

Recent Note: You may update your devices to the iOS 11.2.5 to make this process easier. Moreover, you will get native iOS screen recording feature along with the iOS 11.

As of now, Cydia, Zydia, Bydia are leading free app stores for iOS that are not jailbroken. Apart from them iCestore, Hackz4iOS and iCydia are few better alternative app stores to get the app for free without jailbreaking.

In addition to the list, Flekstore and TweakBox are two powerful tools every iOS device must have. If you are a gaming lover, try out TuTuApp Free.

We have multiple methods to install the app on your iPhone or iPad without jailbreaking. Let me give them for you method wise.

vShare is the best app for any iOS device to get any app without much hassle. Check out the simple instructions to install vShare on your iOS device first. Later you can install the BB Screen Recorder without jailbreaking.

Cydia will help you install vShare without jailbreaking your iOS device. Check out how to Install Cydia Without Jailbreaking.

Note: Make sure that your iPhone or iPad is up to date. If not, Please update it to the latest version of iOS operating system (Settings >> General >> Software Update). Then follow the instructions.

Try Air Shou Screen Recorder if BB Rec is not working well on your device.

If you are on iOS 10.3.1 or on earlier versions of iOS 10, this method is exclusive for you only. Before going to install the app, you have few steps to carry out. You can skip them if your iPhone is up to date with the latest operating system.

Go to Settings >> General >> Software Update and Install the operating system update on your iDevice. Make sure that your iOS device has some space to install the software update. Now, restart your iDevice and follow the steps listed below.

This method requires a computer and that can be a Windows or Mac. Moreover, you need vShare Helper and it does not work without a computer. 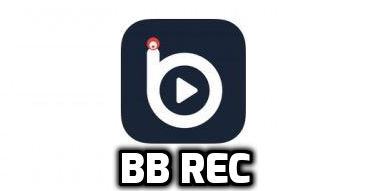 You may download vShare Helper from this web address (http://bit.ly/2efO9PM). Copy and paste it into the URL bar of any web browser on your Windows or Mac computer.

Just give it some time to completely install the app on your iDevice. After that, you can record the screen of your iOS device.

Cydia Impactor is a great tool that will help you install nay IPA file on your iOS devices like iPhone, iPad or iPod Touch using a PC. No matter what operating system it has, you can do it.

There are several instructions to follow and a Windows or Mac PC is a must have a requirement for this procedure.

Moreover, the process is a not a direct method. You are supposed to connect your iPhone or iPad to the computer where Cydia Impactor is installed already.

Then, you will do some procedure to sideload IPA files on iOS 11 or iOS 10 or earlier devices. You may check out the instructions to carry out the installation process.

That’s all, It will take some time to finish the installation process without generating any issue. Go back to the home screen of your iOS device to use the screen recorder without any kind of issues.

If you are not able to open the app on your device, you need to trust the developer profile and the instructions are as follows.

TutuApp is way better app store than the built-in Apple App Store. It has a lot of apps, games, tweaks, mods, etc. TutuApp is better known as Tutu Helper and it will help you get paid apps for free on your iOS, Android devices as well.

The best part of the app is that it is available for Android and iOS devices. Moreover, it’s available as a free version named as Tutu Helper Free and the premium version is popularly known as Tutu Helper VIP.

Follow the instructions to install the screen recorder without any further ado.

It’s as easy as that.

Just like the Apple app store, you can go with plenty Tutu Helper Alternatives to download loads of screen recorders, etc. But I love tutu app than anything.

Note: My serious recommendation about this method is, The screen recorder installed through this method requires Tutu Helper on your iDevice as long as you use the recorder. Otherwise, the app will not work at all.

I will update this post every time I find a new method to install the app. I hope you share this guide with your friends if you feel this is helpful.

How to Install EveryCord Screen Recorder on iOS 11/10, iOS 9 Without Jailbreak

Stop worrying about recording the screen of your iOS device. Check How to Install BB Rec Screen Recorder without Jailbreak on iPhone or iPad. The app supports iOS 9.3.3, iOS 9.3.4 and iOS 9.3.5 along with iOS 10.2.1 and iOS 10.3.3 and iOS 11.2.5. I would like to hear you through the comments. Let me also if there is any other method to install the app. Thank you so much.